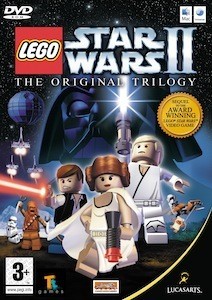 LEGO Star Wars II follows the Rebel Alliance's battle to dismantle the Galactic Empire and rebuild a galaxy in pieces. From Darth Vader's pursuit of Princess Leia aboard her blockade runner to a showdown on the reconstructed Death Star, the game includes all the family-friendly LEGO action that made LEGO Star Wars I such a success.

The game boasts two-player 'drop-in/drop-out' co-operative play throughout; and with the unique LEGO 'Free Play' mode, you may take both Light Side and Dark Side characters into unique situations.